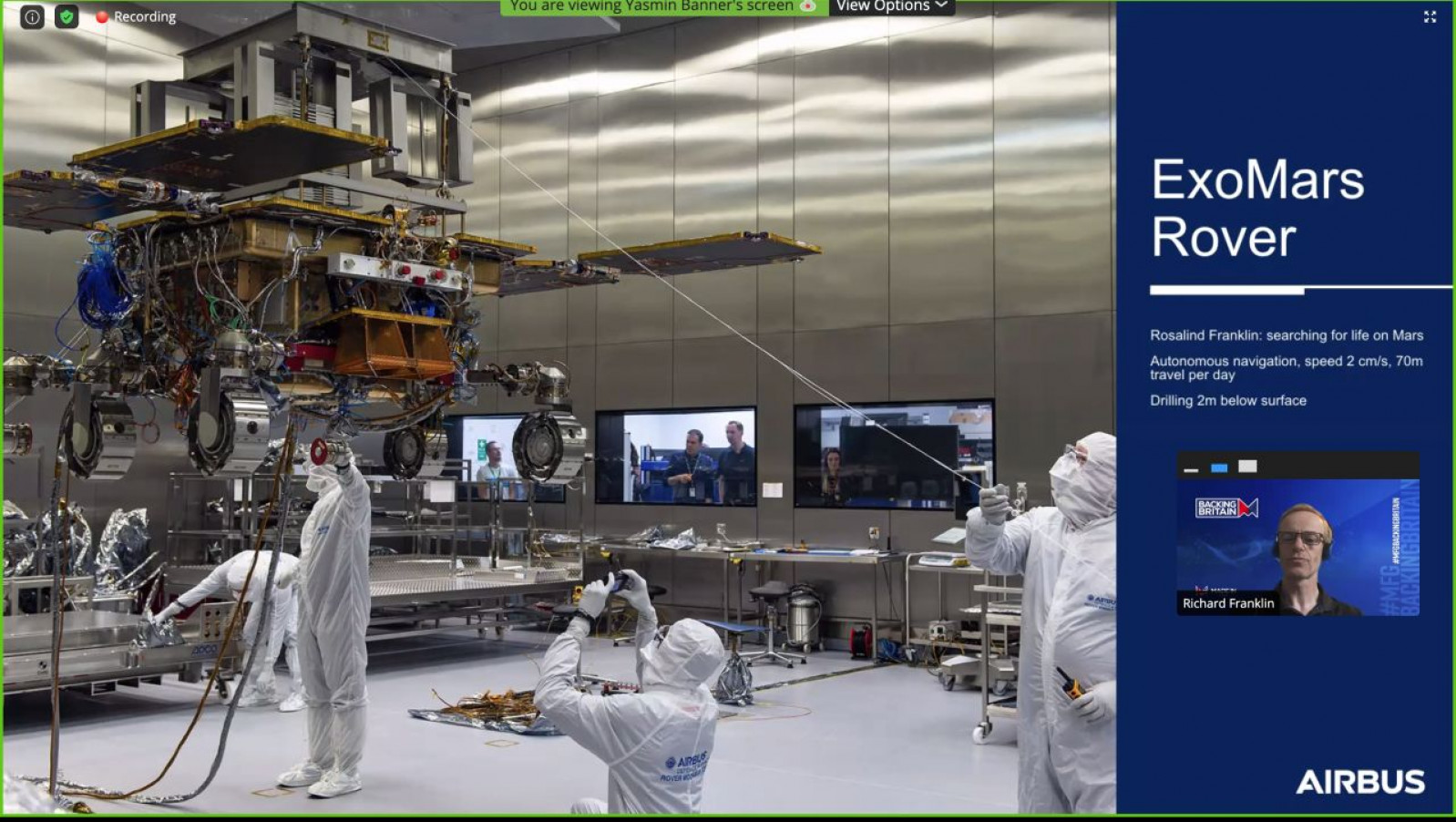 Airbus Lands Project to Fetch a Piece of Mars

Richard Franklin, Managing Director and Head of Communications at Airbus Defence and Space, took to the virtual stage at Backing Britain Live to talk about all things Airbus. The event focused on the strength of space manufacturing and the vital role of the UK supply chain. One of the most interesting aspects of the event was the company’s plans to retrieve the first-ever sample of the red planet, Mars.

Airbus Defence and Space in the UK design and manufacture space equipment such as satellites and spacecraft. Their expertise also extends to the military forces with the production of military aircraft, secure communications, cybersecurity and intelligence. Their principal sites are based in Stevenage, Portsmouth and Newport.

Part of the team at Airbus for 5 years, Richard is Managing Director of Airbus Defence and Space whilst continuing to lead the secure communications business line and all secure communications activities across Airbus. Richard highlighted the support for space manufacturing in the UK, with a specific focus on Airbus.

With a UK workforce of 13,500 people, Airbus holds 25+ sites up and down the UK. This is just some of the reasons how the firm is Backing Britain, their support is predominantly highlighted through other figures such as £5 billion spent with UK suppliers and £7.8 billion gross value-added contributions to UK GDP.

Richard also highlighted other ways in which the firm Backs Britain and their important role in the UK supply chain. For many attendees, it was delightful to hear that Airbus Defence and Space has 2000 approved suppliers, 700 of which are SMEs. As a result of this, they spend £850m per annum with 1500 UK suppliers. In addition to this, they spend £700m with large UK suppliers and £150m with SMEs.

However one of the most fascinating and engaging parts of the presentation was the insight into the firm's plans to bring back a piece of Mars, the first-ever if it is achieved. The ExoMars Rover is responsible for searching for life on Mars, using autonomous navigation the satellite can travel 70m per day and drill 2 metres below the surface. On top of this Richard pointed out that the firm had just been awarded the project for the Mars Fetch Rover, he continued:

“The challenge of the fetch Rover is to build another autonomous rover that will collect the samples of the US Nasa Rover that is on its way to Mars at the moment. It will then bring them back to a rocket which will then launch into space and will; be collected by another cargo satellite to bring them back to earth.”

Watch Richard’s event back by clicking here. Also join us on 25th August for our event with Dominic Cartwright, CEO of Gardner Aerospace.