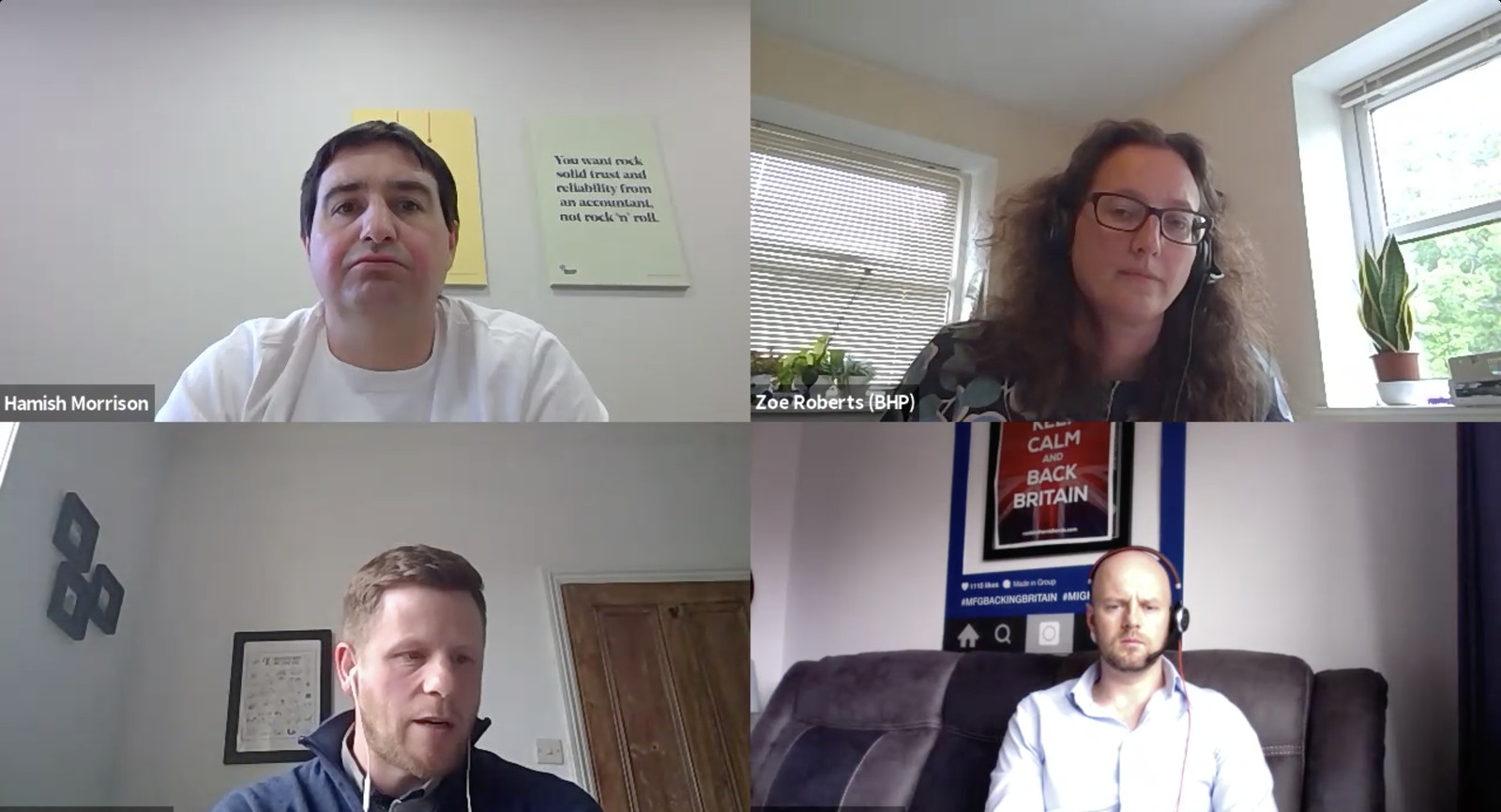 The Made in Group today hosted a panel discussion with BHP Charted Accountants to discuss some practical tips for assessing financial support during the Coronavirus scheme. Focusing on the Government's CBILS funding scheme, the discussion also covered topics such as VAT, Furloughing, and Best Practice tips on how members of the Made in Group can best access the support that is available during the Coronavirus outbreak.

Announced in March 2020, the CBILS scheme was introduced by the UK Government as a temporary measure to support the continued provision of finance to UK SMEs during the COVID-19 outbreak, including those in the manufacturing sector. The scheme is designed to provide lenders with a government-backed guarantee, with the government announcing that CBILS will be demand-led and will be resourced accordingly, and, on 2 April, revised it to make more businesses eligible.

In this live Q&A session, members from Patrons BHP Charted Accountants, Hamish Morrison, Kevin Davies, and Zoe Roberts were joined by the Made in Group's Charles Addison for a 40-minute discussion themed around providing members with practical tips when it comes to accessing CBILS funding.

With news breaking minutes before of the UK furlough scheme being extended until October 2020, the conversation provided members of both regions with key support in how to best support themselves, their businesses and their staff during the ongoing Coronavirus situation.

On a local level, it was mentioned how Sheffield City Council were not collecting any business rates until July. Speaking on that point, Hamish Morrison, "From a practical point, it's hard to imagine any local council taking extreme action at this moment in time if somebody doesn't pay their rates."

Kevin Davies, "At the end of the day, the crown liabilities that being deferred, the rent and the rates, they've all got to be paid it's not a grant, it's a credit that's building on business books. It's cash preservation for the next few months. But there are payments, and liabilities, that are going to need paying."

Zoe Roberts, speaking about the recent announcement of the furlough scheme being extended, "The announcement has been that the current scheme that is currently in place, where employers can claim a grant of up to 80% is going to stay as it is until the end of July and then from August to October there will be a variation in the scheme. It's about supporting people to come back to work part-time, there's also a reference to employers sharing a cost of that. So it does seem that there is a lowering of the share to be paid and an increased burden on the employers."

You can watch the full webinar, on-demand by logging into your Made in Platform and accessing 'Virtual Events', simply click on this link to watch the session on-demand.