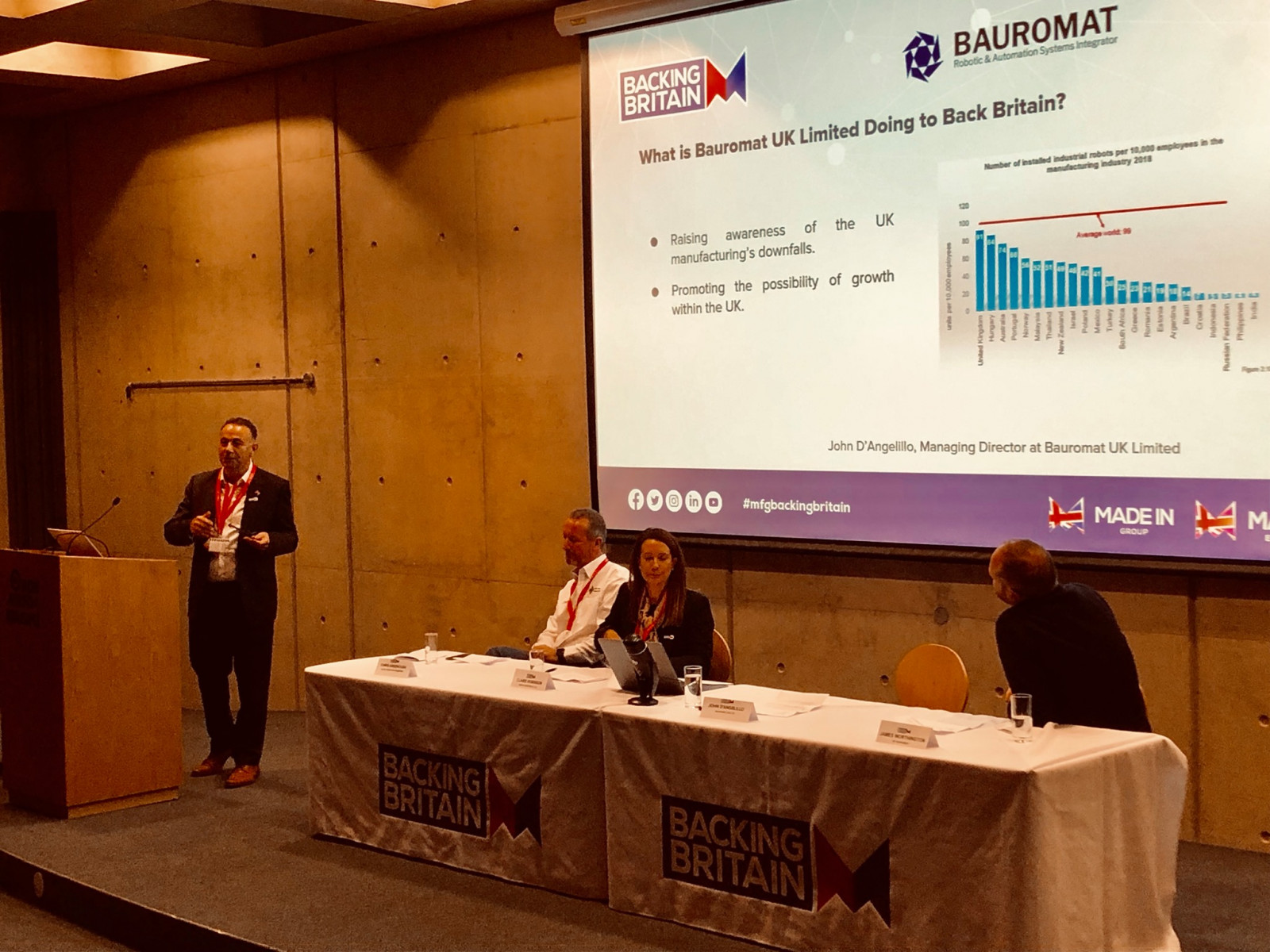 As the Made in Group announces its summer exhibition, titled, Backing Britain live 2020, a survey of Made in Members, from across both Yorkshire and the Midlands has shown that there is an overwhelming amount of support from British manufacturers for both localisation of business ownership and an overall sentiment towards protecting British industry.

The survey asked members their views on Funding for British Firms, a possible Foreign Investment Act and Import tariffs, as well as member views on the roll-out of 5G across the UK.

Looking at the data, which you can view below, an overwhelming majority (57%) agreed that the UK needs a new approach to investment. The group was more divided when it came to the potential launch of a UK Foreign investment act.

However, due to the current climate, 19% of members supported barring overseas companies from taking more than 50% of UK companies for the next 12 months. Only 12% of members disagreed and aligned with not creating any barriers for overseas investors to acquire majority stakes in UK manufacturing

Members were also polled on their view of 'ethical' import tariffs. This would be a new British standard for international companies to work to in order to supply to the UK. For example, the standard would holistically include the welfare of staff, meeting minimum wages of their employees, environmental standards and quality. An overwhelming number of members, 70%, agreed that we should introduce new ethical import tariffs. In comparison, 12% believed we should introduce tariffs across the board, while 20% believed the UK should add no tariffs at all.

Lastly, members were asked about their view on 5G. 8% of members wanted the UK to not proceed with the technology, 12% wanted to proceed with Huawei as the main provider, but a majority 82% voted in favour on delaying the rollout and investing in a UK-based supplier instead.

Replying to the survey, one member who took part, Edward James, the Managing Director of Citizen Machinery UK Ltd, said, "The government should seriously question their poor judgement in allowing the continual cheap sell-off of prime British assets and iconic brands like Norton Motorcycles to India for a ridiculous £16m, absolutely disgraceful in light of Brexit and COVID-19."

You can view the full results in the infographic chart below. Please note: The results represent the data received between May 1st 2020 and May 12th 2020. 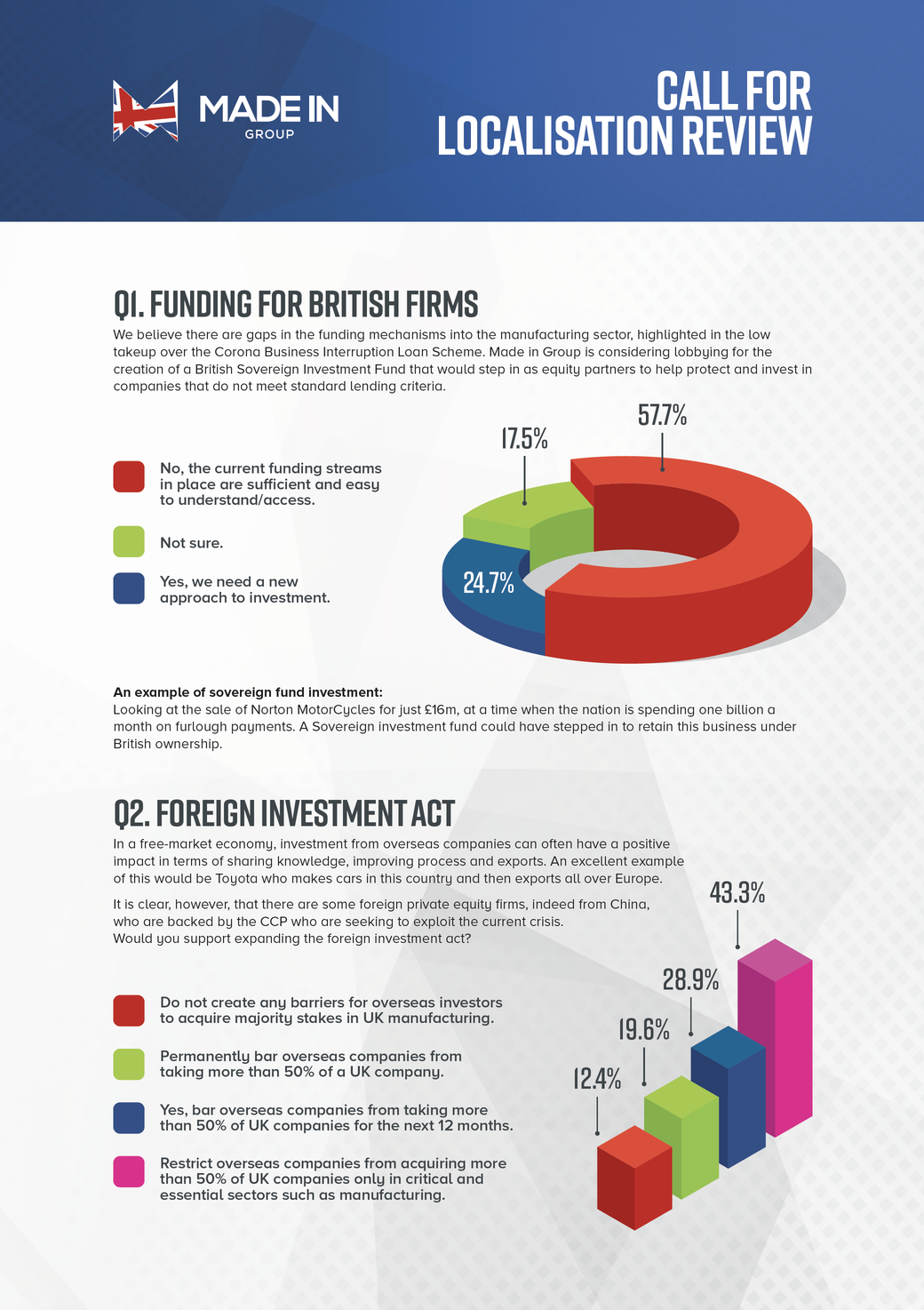 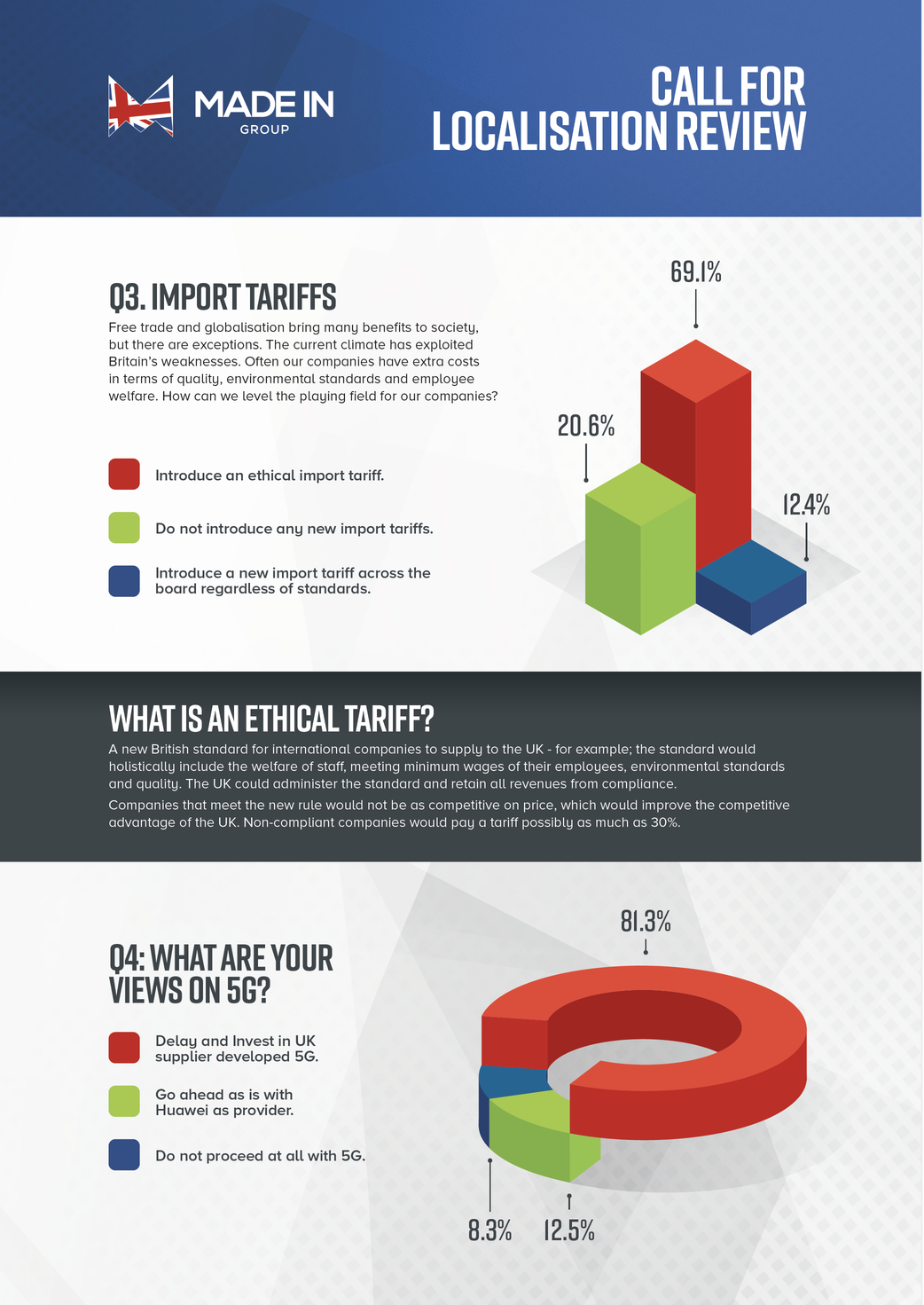